A desperate man is the first guinea pig for a sexy young college student about to unlock the secrets of a mysterious power and transform into the amazing Superwoman.

A desperate man resorts to desperate measures and targets a stunning young and gifted college student. But what he doesn't know is that this outstanding student is working on a secret potion that will elevate her from a normal human being to a super woman.

After the girls experiment works the man confronts her, but with disastrous consequences. She turns out to be incredibly strong and seemingly invincible. In her short skirt, knee high socks and tiny little bra top the college student beats up the man, displaying all her wondrous physical superiority over him.

Just as the man thinks its all over the girl disappears and returns wearing the most amazing costume he'd ever seen. An exact replica of the amazing Supergirl. Skin-tight and clinging to all the girls curves, the costume looked phenomenal, and before he could really admire her, she whisked him out of her apartment and down to the police station.

But all this activity gets the attention of another young woman, and after seeking him out in a bar, she reveals herself to also be a super human woman and shows him just how strong and powerful she is.

The stage is then set for the new blonde to rid the planet of this imposteur and the two sexy young women have a super showdown in the college girls apartment. 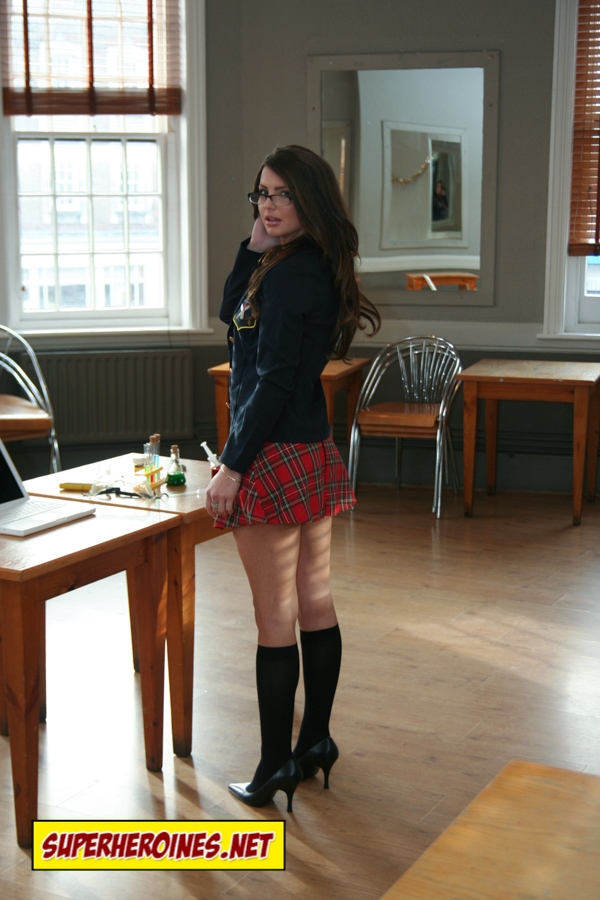 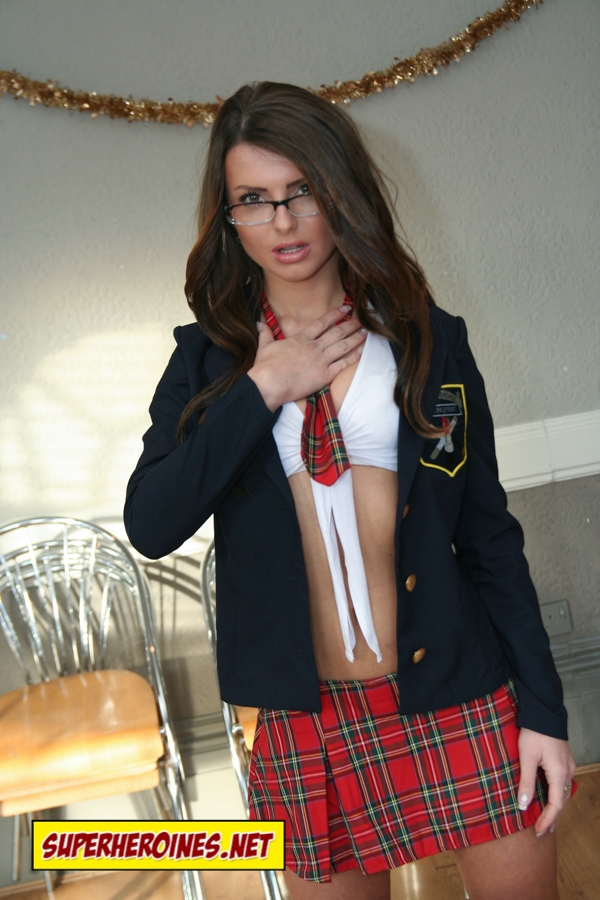 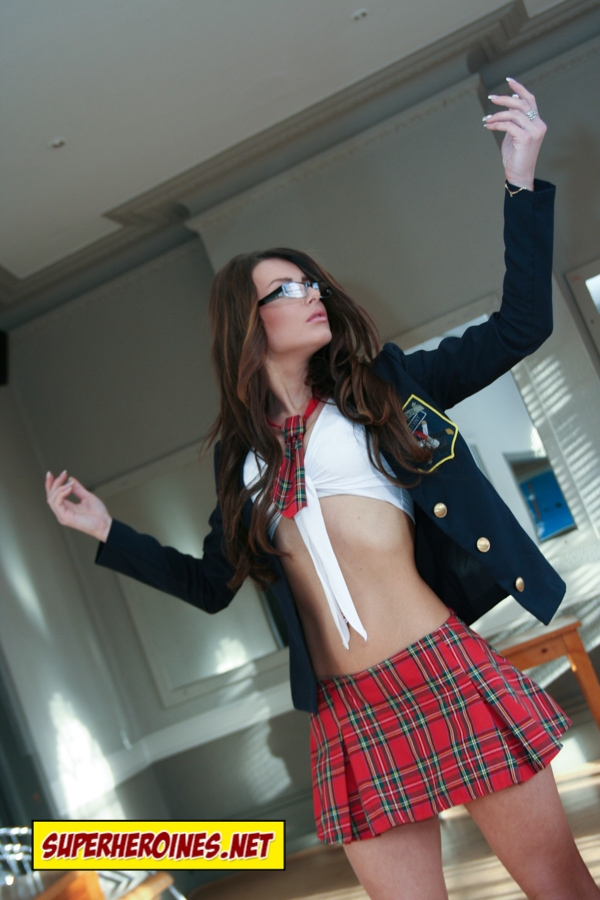 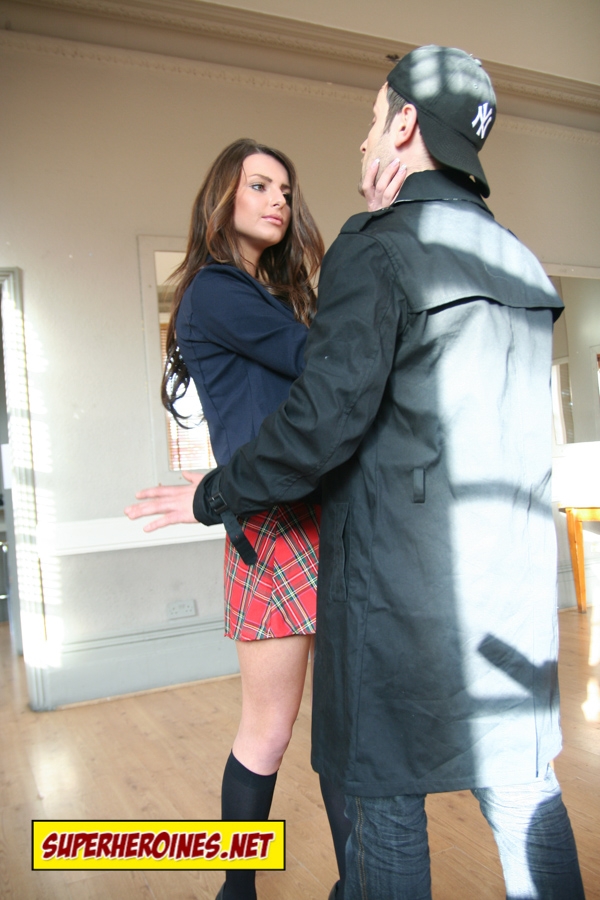 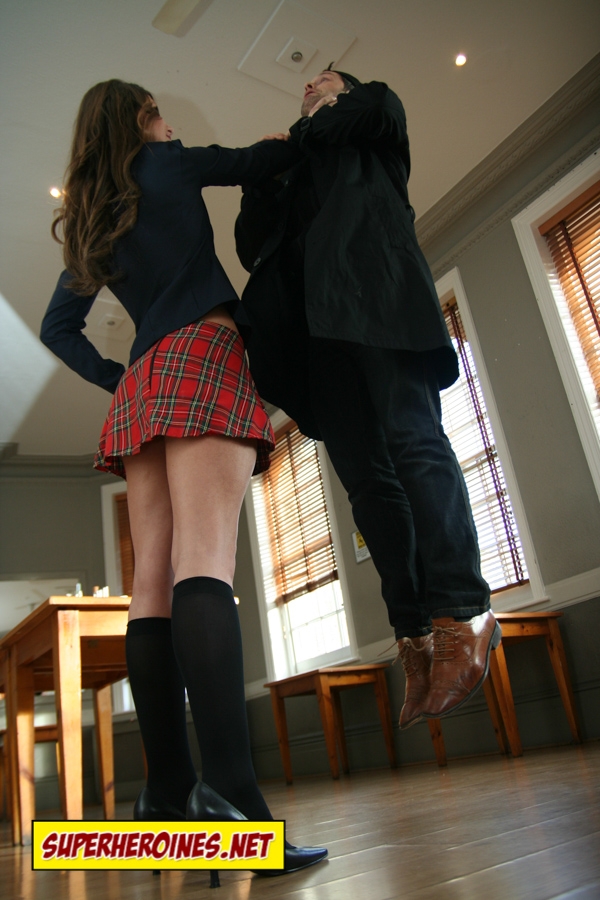 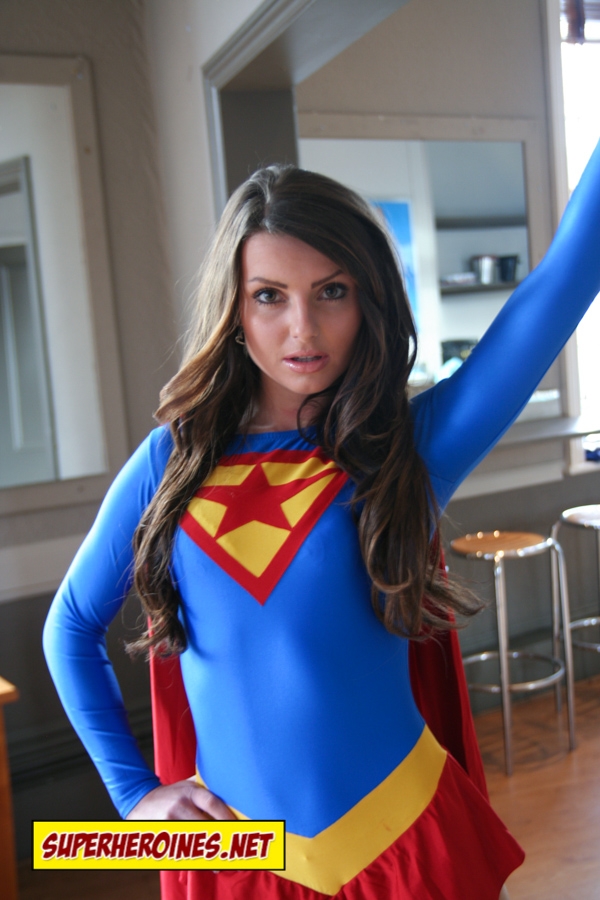 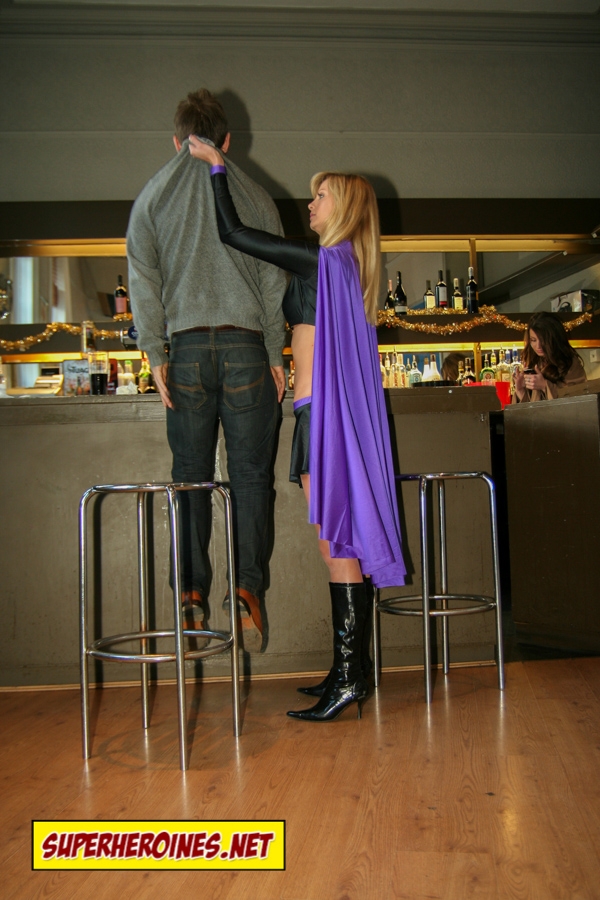 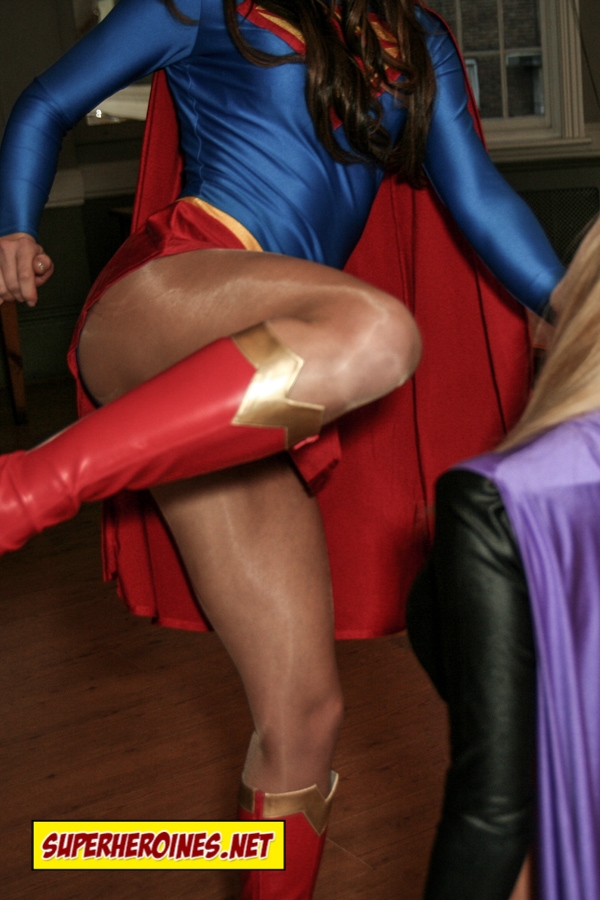 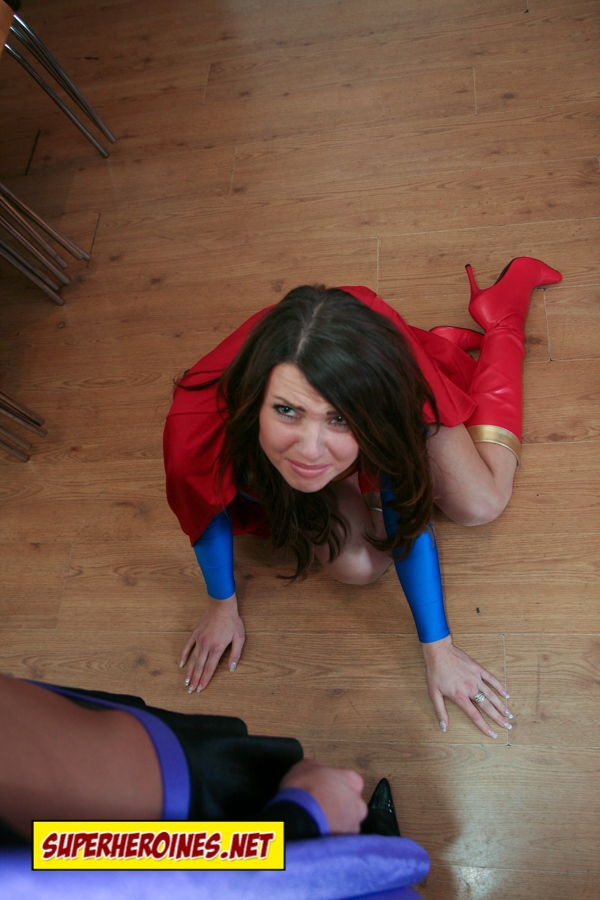