A deadly assassin is given the ultimate job: abduct the mighty Superwoman. He is given details of Superwoman's alter-ego and at one of the country's most prestigious schools he tracks down a gorgeous blonde called Kendra. But after knocking her out with chloroform and taking her back to the safehouse, he takes off her top and.. the young woman isn't wearing the most famous costume on Earth.

However, after waking up the girl, horrified at the indignity of what the man has done to her, transforms into the incredible Maid of Might vowing to kick his ass for her humiliating ordeal.

Faced with the gorgeous young heroine, the cocky assassin doubts whether a college girl in a costume can really take him out. But she quickly shows him that he is way out of his depth with a swift kick of her red boots that sends him flying across the room.

After he comes round, Superwoman leans down and picks him up by his throat up into the air, teasing the assassin with her incredible strength and then throwing him across the room.

But everything isn't what it seems, and when the assassin pulls out a pink rock and invites the heroine to punch him in the stomach, she quickly finds that she has lost her superhuman strength. He humiliates her by deflecting her punches before grabbing her petit neck and lifting her body up into the air. She gasps for air before falling unconscious, and the assassin lays her body down on the sofa.

He then begins to tie her up in preparation for transporting her to his client but the plucky heroine swipes the rock away, and feeling her powers return to her again, rips the rope apart with her incredible strength, and stands over the assassin, pressing her red boot into his throat. 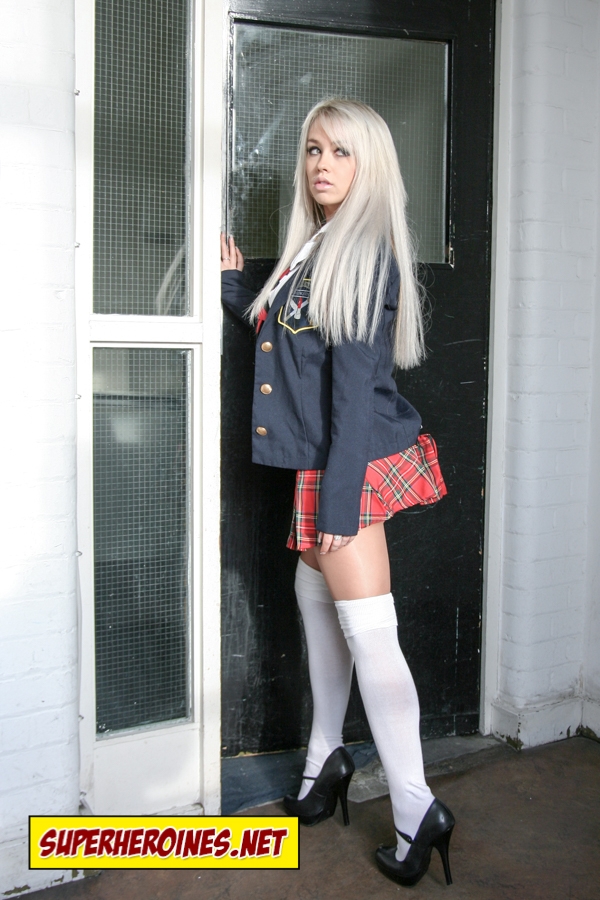 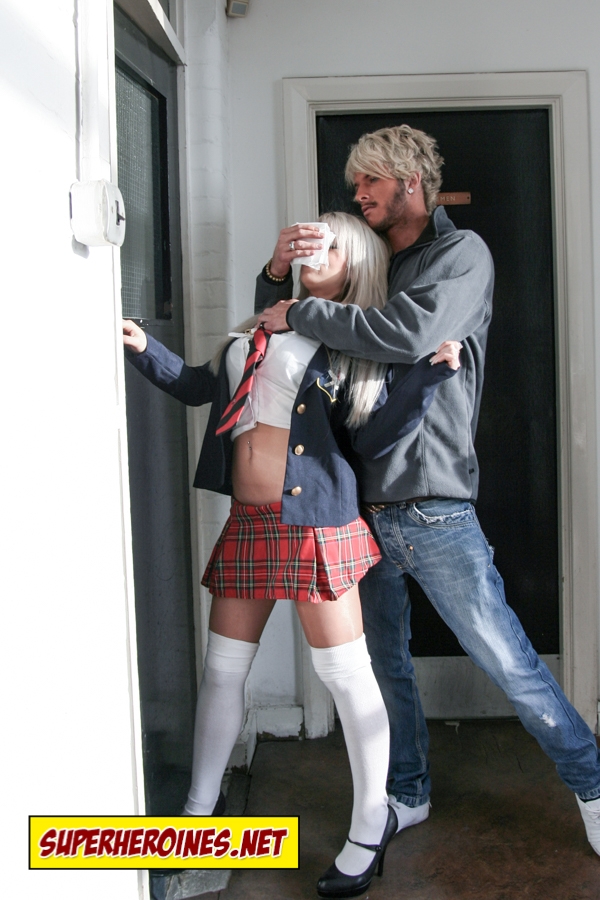 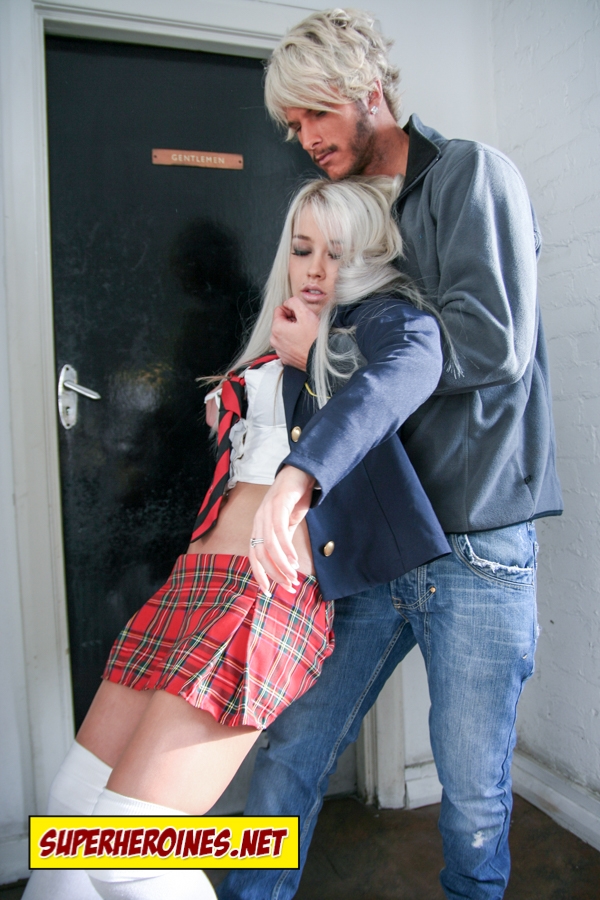 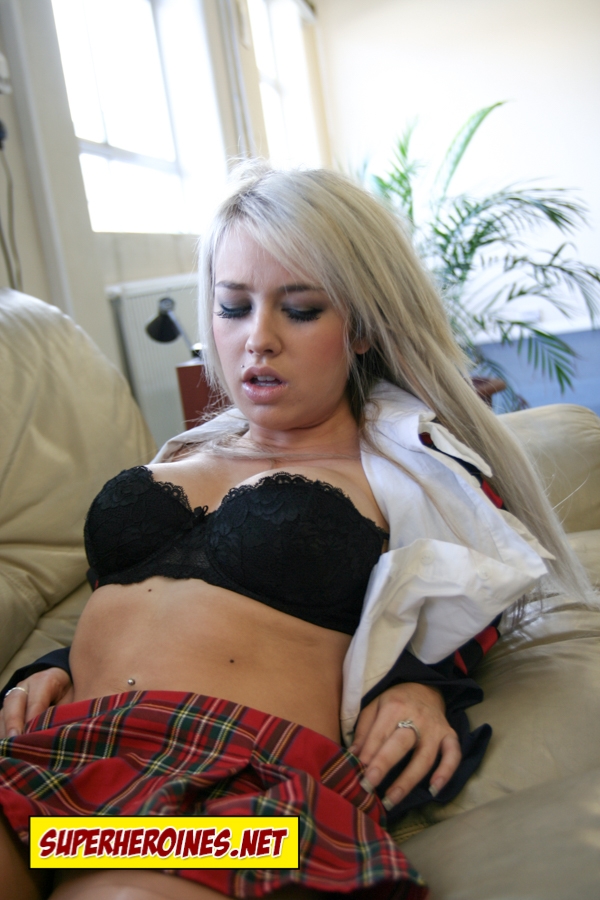 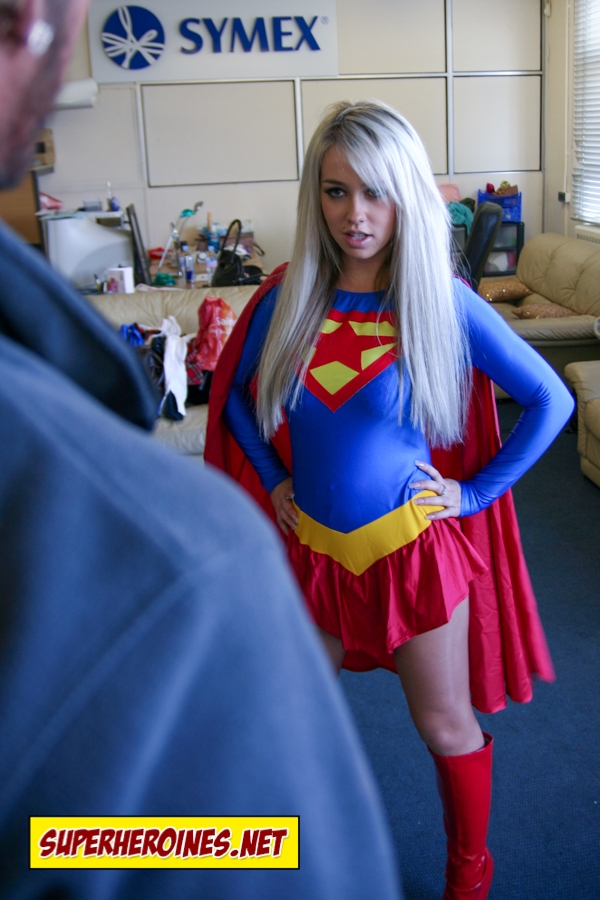 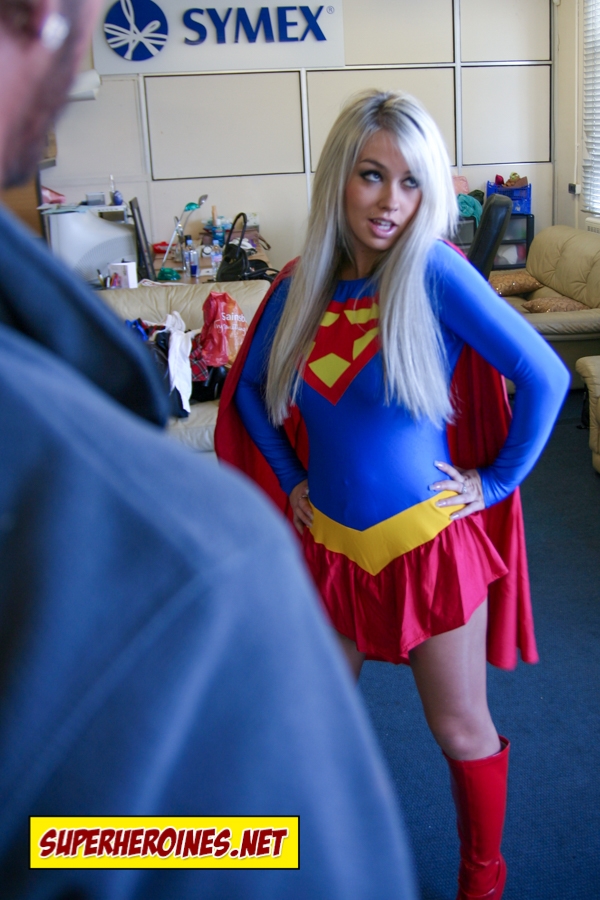 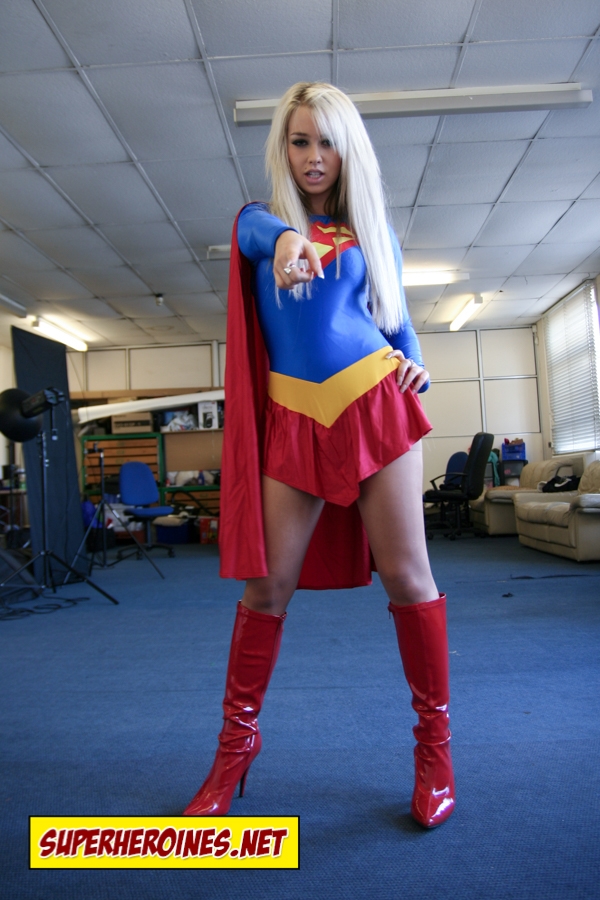 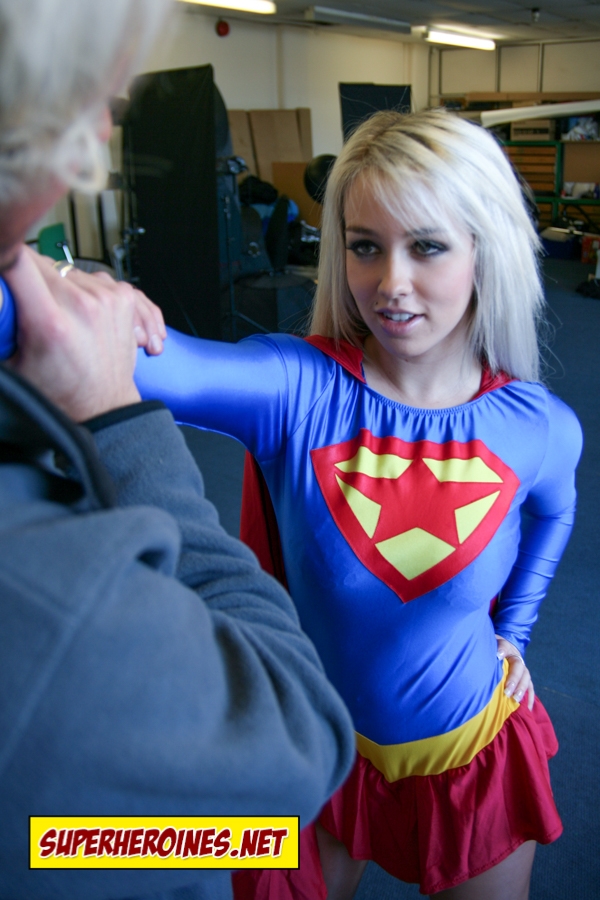 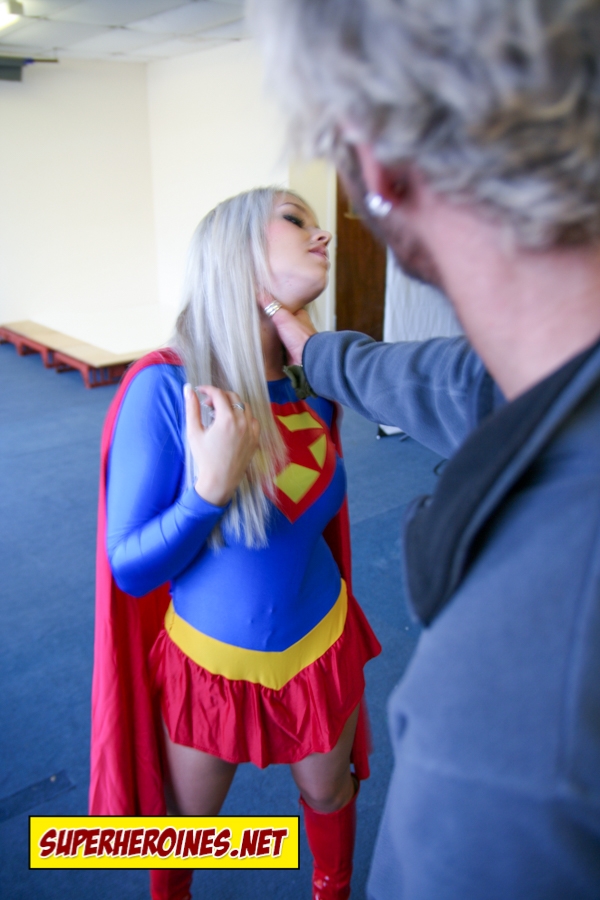 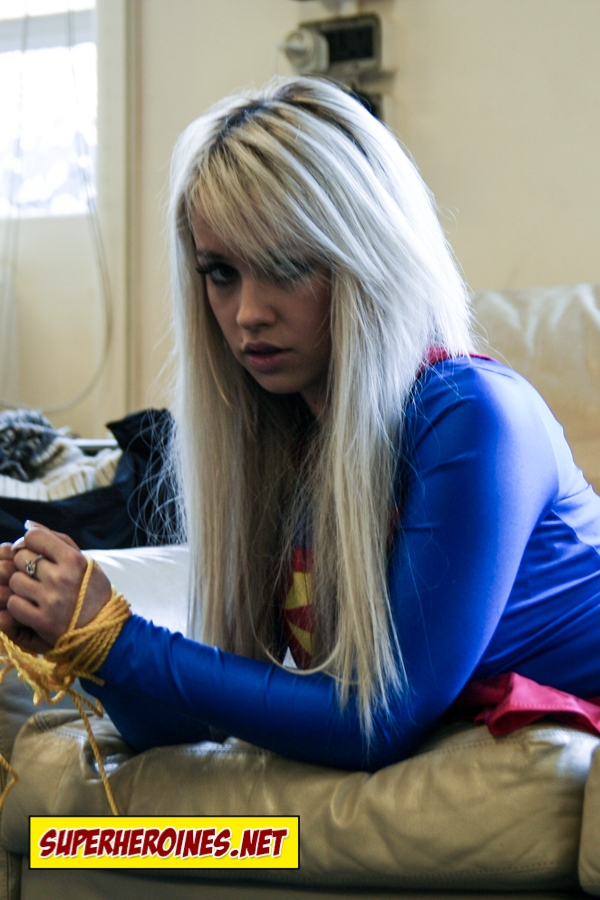 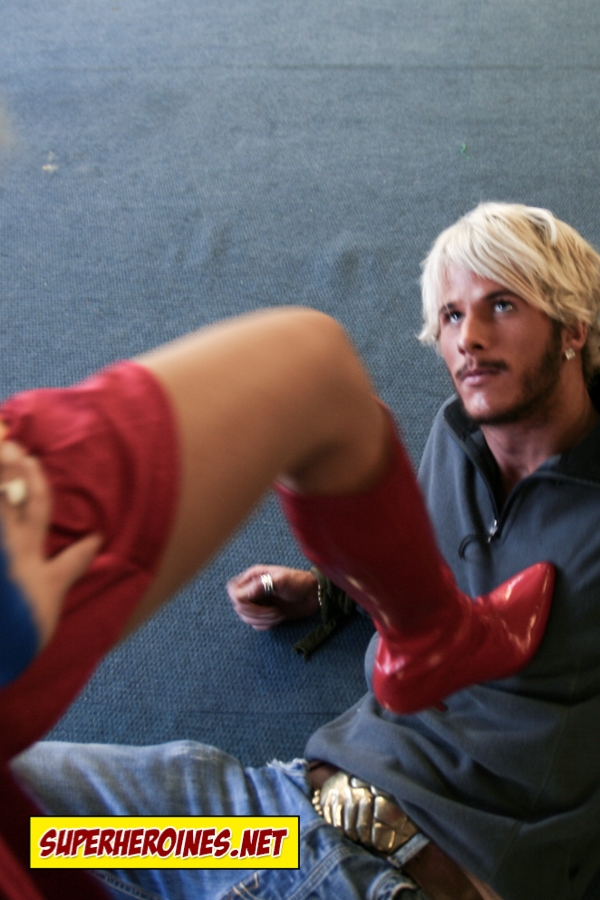